Here are some more photos from this Big Audio Dynamite concert in NYC. This is in response to one guy who wrote me suggesting that the backstage BAD at Irving Plaza photo (With David Bowie et al) was not only not mine — but it was his, and had been stolen.

Um, no. If I stole one picture from him, how would I have these other photos from that night? Besides — last time I checked, the camera on my time machine was short one flux capacitor. (But of course that could all change, being that we’re talking about a time machine and all…)

There’s also this photo of Mike D of the Beastie Boys from that evening… and a few more BAD shots featured here.

Dude: I’m sorry someone took your picture, but I didn’t do it, don’t know who did it, and only have my own photos — and memories — from that night so long ago. 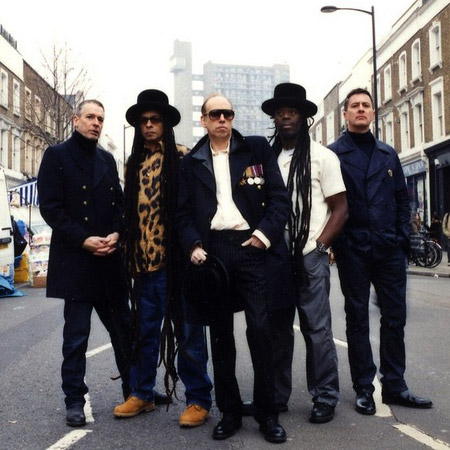 Big Audio Dynamite (BAD): Where are they now? 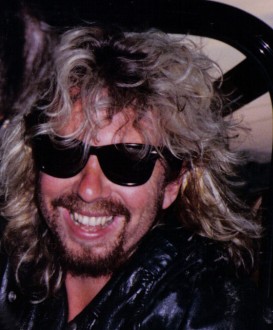 Dave Stewart of the Eurythmics