In April 1987, while my friends from school were off to Tahoe or Hawaii or wherever for spring break, I caught a plane heading east, and met up with friends of mine — first in Boston, and then New York. The timing was rather fortuitous in that BAD happened to be playing in those two cities that same week.

The Boston leg of my trek was great, but NYC truly was an experience. There was the usual stuff: Catching up with the band at the hotel, saying hi and making sure we were on the guest list. Then there was the bizarre, like running into Dan Donovan on some random street in Manhattan (he had just been to the magic shop up the road). And finally there was the wild.

When I think of that trip, the first thing that comes to mind is the backstage gathering one night after the gig. I haven’t been to any movie premieres or music award shows, so it was, for me, sheer craziness to see so many famous people in the room at one time. Don’t believe me? Think Bowie… Beasties… and beyond. Take a look here at who else was there.

Another night post-show, the band and a vast (and growing) entourage headed out to see the nightlife, and I tagged along. Unfortunately, my buddy from Brooklyn couldn’t go with me — her mom and dad wouldn’t let her because she was too young. I, being a year older and with parents not really aware of what I was doing (not to mention 3000 miles away) was free to go on the tour.

We went to a few different type of clubs, and, at each, were immediately ushered in as VIPs without any hassle. As an underage Californian, this was all new to me. I don’t remember a whole lot except trying not to gawk at the people and trying not to lose track of my “chaperones.” ;-)

Things wound up at about 4am, and that was when I found out that whole “the city that never sleeps” stuff was a lie. I was walking around with another out-of-towner who was at the show, and we couldn’t find anything open except for a diner. I eventually gave up, and my 17-year old self took the (deserted) subway to Brooklyn and tried to remember where my friend lived. I actually figured it out, and ended up knocking on her door at about 6:30 am.

Ah, the lunacy of youth.

The BAD crown Dan Donovan drew for me 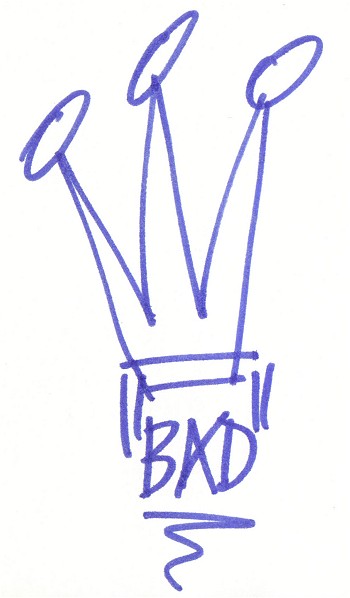 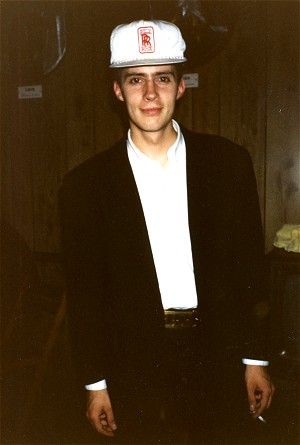 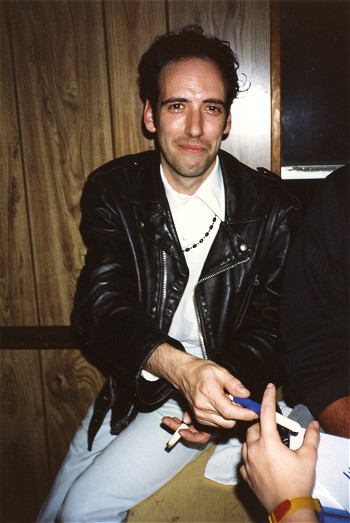 Mr Mick Jones again, on a different night
(and that’s his former Clash bandmate Paul Simenon on the left) 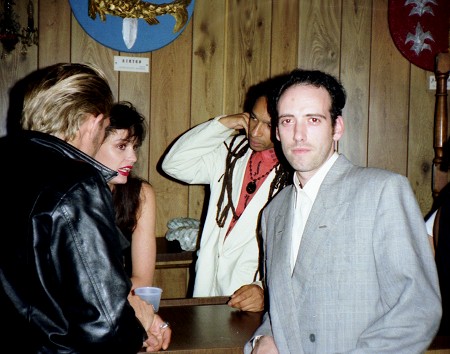