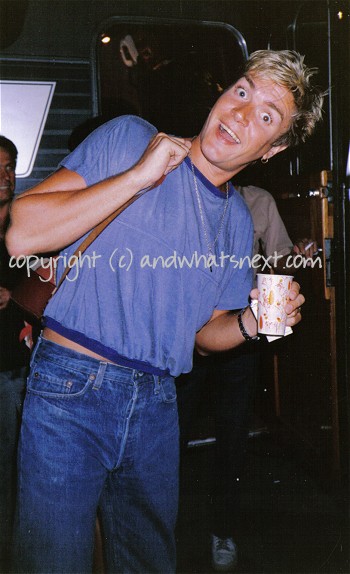 And: After my previous thwarted effort, at long last, I got to meet Duran Duran.

The irony of the situation didn’t escape me: I finally found myself backstage at one of their shows… but by that time, I was older and a little wiser, and my obsession with the guys was a mere shadow of what it had once been. (Probably was a good thing, though — I might have fainted before.)

I really didn’t get to talk to the band, apart from some small talk with Mr Le Bon. The man was also kind enough to stop for the picture below. (I was pretty pleased — with the energy of that pose, it turned out to be one of my favorite photos.) I also grabbed shots of John Taylor, band newbie Warren Cuccurullo, and a blurry one of Nick Rhodes. 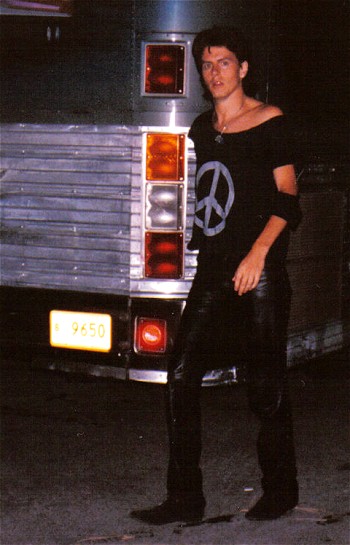 I actually got this backstage pass as a guest of Erasure, who I’d interviewed the year before. 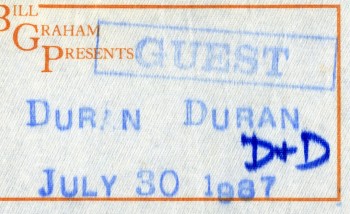 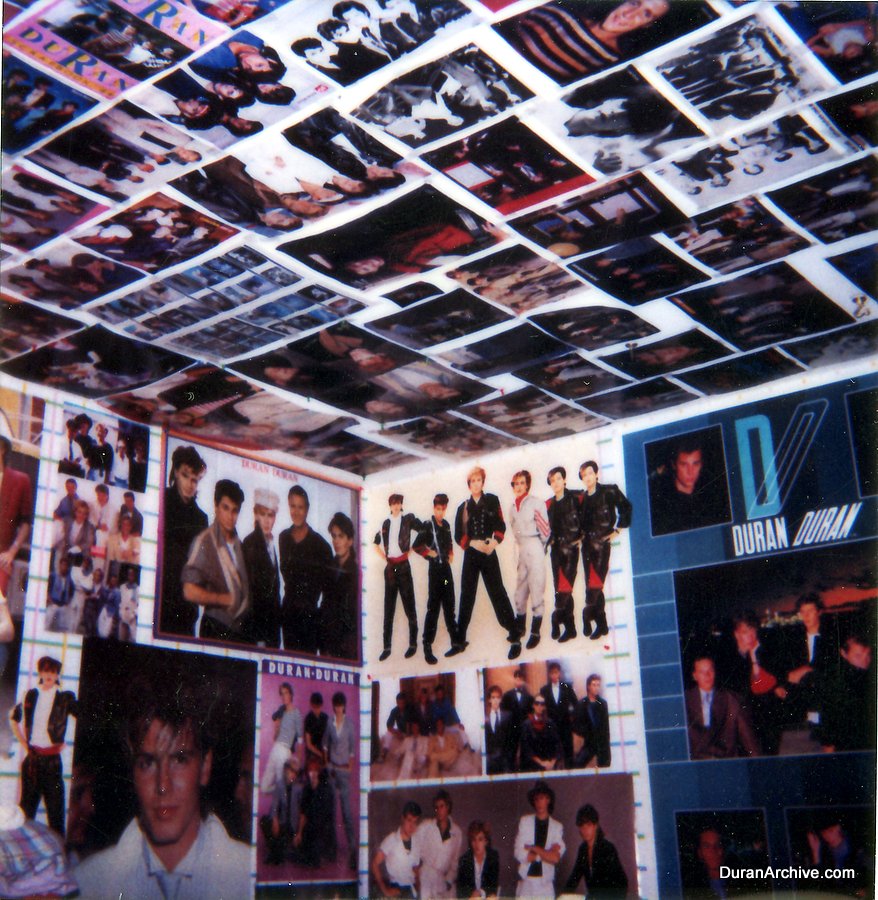 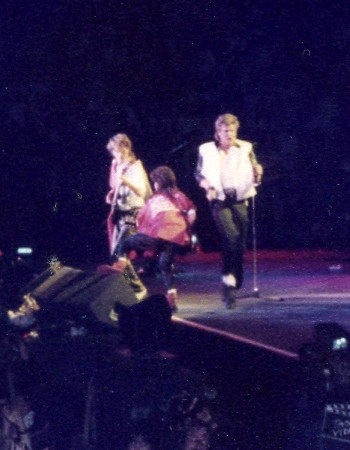