Who: Andy Bell and Vince Clarke of Erasure

And: I showed up by myself at Wolfgang’s around soundcheck time. (The front doors were usually open and people were going in and out.)

I somehow convinced someone (probably a tour manager – I can’t remember… this was a long time ago!) to let me do these interviews. I got to talk to each of the guys separately: Andy upstairs at a table to the left of the stage, and Vince downstairs in the dressing room.

I remember Vince telling me that the band (new at the time) had a “Five” plan: 5 albums and 5 tours over 5 years — and it sounded like that was going to be the end of it then. Fortunately, the plan changed.

I also have questionnaires that both the guys filled out for me — check the other Erasure pages.

And for more from Erasure… 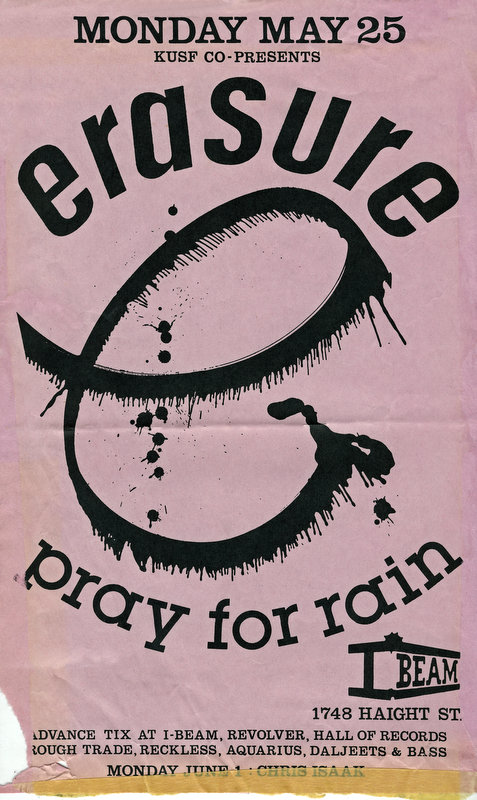 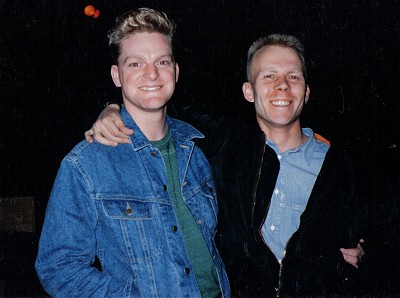